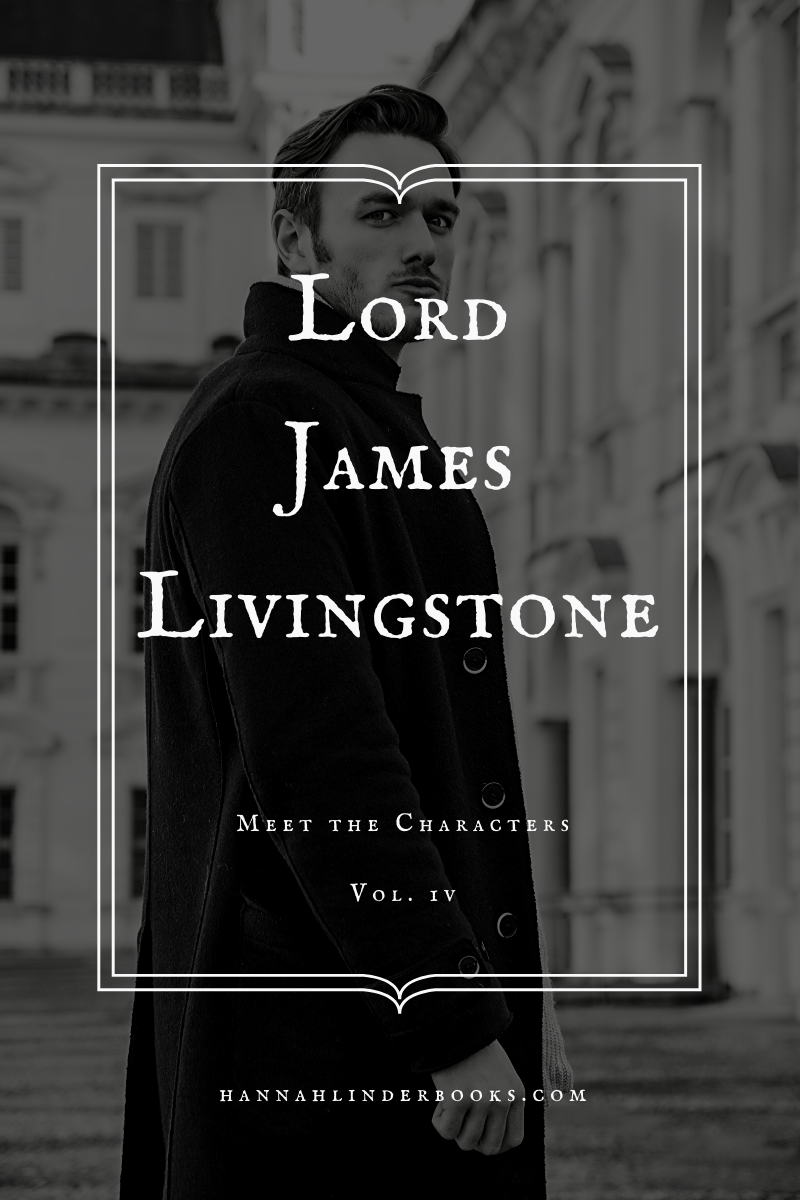 Beware, dear reader, if you should enter the world of Garden of the Midnights, for not all those who dress in vogue are all they pretend to be. We all have our secrets, granted. But just how scandalous, how inconceivable, how dangerous are those secrets? Who is Lord James Livingstone, without the charm and fancy attire to cloak him?

The man was tall, dressed handsomely, with very chiseled features. His gleaming black hair was lightened only by the smallest hints of gray around his roots, although he appeared to be no older than thirty. His eyes were dark and inquisitive, and just now, she seemed to be the subject of his scrutiny. He held out his hand. “Lord Livingstone at your disposal.”

Garden of the Midnights

Facts about Lord Livingstone: *spoilers below*

I am torn betwixt presenting you with his better side or his most vile, wicked side. Which would you rather glimpse?

“Make certain she does not hide her face,” Robert charged, “for it is imperative that she watch him die.”

A murmuring laugh rippled across the men. They narrowed closer as if to form an arena.

“Do not think me entirely without scruples, William Kensley,” said Robert, as he eased his silver-hilted smallsword from its sheath. He approached his opponent with leisure. “I have not taken advantage of the lady. Be it known that in the time she has been here, I have not once kissed her desirous lips.”

William looked at her face, as if in question.

“It is true,” assured Robert. “Tell him it is true, Isabella.”

Her lips faltered, but when Lachlan squeezed her arms, she choked out, “Yes—he speaks in truth.”

“There is but one thing that stifles my ravenous hungers. Before she is ever to be mine in full, Lady Isabella Gresham must consent to be my wife. Hitherto, she has not done so.” Now he stood directly in front of William with his sword raised. “Until a moment ago.”

William raised his own sword to match Robert’s. “You cannot force her.”

“She has agreed. If you are killed, she has promised me her hand in marriage.”

“Then I shall not be killed.”

“You are confident.” A breeze stirred the purple silk of his shirt. “But you bleed as surely as any mortal, William Kensley.” And with the words, he thrust his sword.

What other characters think of James Livingstone:

“Lord Livingstone is a man of impeccable character and standing.”

From Lord Edward Gresham, Garden of the Midnights

If she had not known him to be a gentleman, she would have marked the expression as somewhat savage, for she sensed a constrained part of his temperament that was always kept just beneath the surface.

From Lady Isabella, Garden of the Midnights

He did not know how much more he could bear, how many more times he could allow Lord Livingstone to smite his pride into fragments smaller than dust.

From Mr. William Kensley, Garden of the Midnights 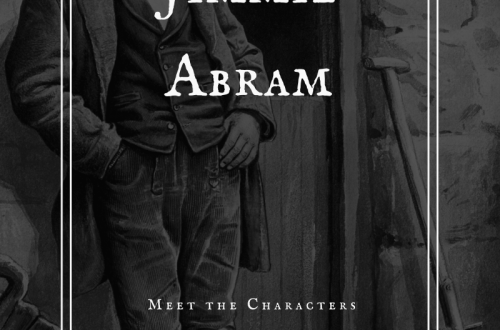 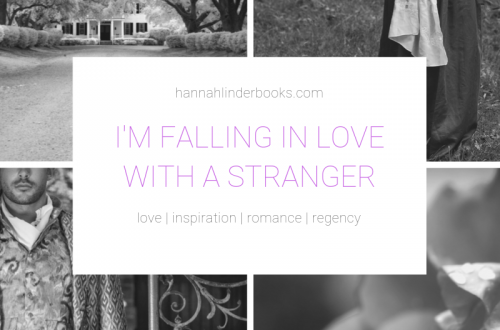 I’m Falling in Love with a Stranger 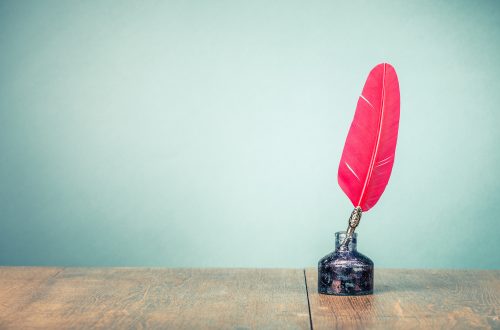 12 Ways to Fail as a Writer